Over the past month this exciting-looking graph has been building on my KDP dashboard. It’s somebody using their ‘Kindle Unlimited’ membership to read my e-book version of Medar. They obviously did a big push at the end. Maybe it got really exciting for them? Now they have started reading Tyrelia.

It’s another way of earning royalties, and it’s pretty much the first time this has happened since I started advertising my books on Amazon. I know I only earn a few cents per page, but still, with much anticipation I checked my royalties. Can you guess? 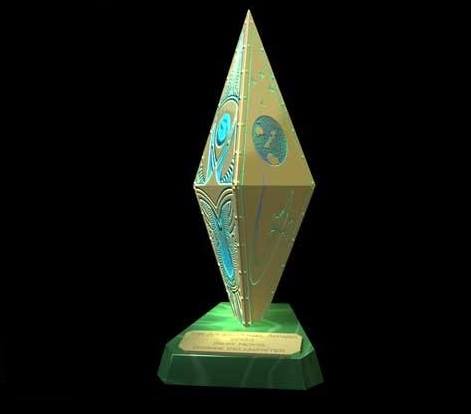 I found out today that my book Tyrelia has been successful in getting into the final ballot for the 2020 Sir Julius Vogel (SJV) Awards in the category of ‘Best Youth Novel’.

This award is administered by the Science Fiction and Fantasy Association of NZ (SFFANZ). Voting will be open to members of SFFANZ only, and the awards will be ‘presented’ at a ceremony during CoNZealand. Disappointingly, because of COVID-19, CoNZealand has been turned into an online event. It was originally planned to be hosted in Wellington and chaired by the one-and-only George R R Martin! I had been hoping to get a handshake and launch my 3rd book, Golden City whilst there, but never mind …

Thanks for everyone who nominated me, allowing me to get this far.

For me, one of the hardest things about writing is finding the time to write. I work full-time and have a family, so me-time has to be squeezed in between work and family commitments. Although our kids have ‘technically’ left home (and I say ‘technically’ because we’ve got them both back home at the moment), they are around and I want to spend time with them.

My husband already calls himself a writing widow, and that’s after I’ve spent hours going on bike rides and playing board games with him!

But, suddenly, being in lock-down has removed so many obligations and I find I have time to write. I think I’ve finished the fourth (fifth?) draft of my Golden City manuscript. I’ve made all the edits from 2 beta readers and my content editor. Now I’m just reading it through one more time.

Actually, I’m using the word “Read Aloud” function. It’s a first for me. Apart from not being able to pronounce some of my made-up words correctly (like ‘Tyrelia’, and they spell out T-H-Y-S-T every time!), it’s pretty good, particularly for picking up repeated or echoed words.

So I reckon I’ll be ready for Beta readers very soon! Still targeting a July 2020 release date (e-book – not sure if I’ll be able to pull off a print copy). I’m feeling optimistic 🙂

My down this week was that I found out that my manuscript for Golden City did not make the shortlist for the Tessa Duder category (YA) in the national Storylines competition.

My up was that, for the first time ever, I technically made more in sales than I paid in advertising on Amazon. No, hang on a sec – I just checked my dashboards to give you some numbers and one of the sales has disappeared. I take it back: I’ve consistently spent more on advertising than I’ve made off sales 😦 We’re not talking big numbers, though. After an initial misunderstanding of how to set up my campaigns and rather big overspends for 6 months, I have now learnt how to limit my advertising costs to around $20 per month. But with only 1 or 2 sales per month, I’m only (technically) making $6. You can do the math.

I say (technically) because Amazon has not paid out a cent in royalties, due to the fact I have not signed up to ‘Amazon kdp select’ (which means I can only sell exclusively on Amazon). I will only get royalties paid out when they accumulate to over $100. So after a year of advertising on Amazon, I have spent over USD500 on advertising, made 35 sales (mostly e-books at $2.99 of which I got 30%) and theoretically earned about $75 in royalties. Hmmm, I’m not giving up my day job anytime soon. On the up side (ever the optimist!) I think I’m getting better at targeting my campaigns at the right audience, but time will tell.

Thank you, thank you, everyone who nominated my 2nd book Tyrelia for the Sir Julius Vogel (SJV) Award in the Best Youth Novel category.

I have received confirmation that I have made it through the initial nomination round. However, I still need as many nominations as possible to go further in the competition. The more nominations it receives the more likely it is to be shortlisted. Here is the link https://docs.google.com/…/1FAIpQLSfTIK1YJi6GBXX0lZ…/viewform

It costs nothing, takes less than a minute & your information will not be stored after the awards round.

During January I signed up to a free Amazon Ad School run by indie author Bryan Cohen. It was excellent. I learned so much.

For starters, I had only been running one type of ad. I was running 7 of them, but just one type. I was updating them weekly and adding new keywords, but they’d stagnated. For a while I was selling about 5 e-books a month, but that had dwindled over the past 6 months. In November I sold 1, and in Decemeber 0. Nada. Nothing. Zilch.

So, discovering this Ad school was very timely. I had nothing to lose. Unfortunately, I only joined up after it had already been running for a week, so I had a bit of catching up to do. Bryan had 5 videos of about 45mins long, taking you through how to set up various types of ads, and also how to analyse the data to see where you were making profit.

During the ad school I created 15 new ads over 4 days. And according to my kdp sales dashboard, I’ve made 2 new sales. They haven’t shown up on my Amazon Ad dashboard yet, so I don’t know which ads generated the sales. The Ad dashboard says that all those new ads generated around 2,000 impressions, but only 1 click. Hmm.

Today I set up 12 new ads and updated 3 others. Hopefully the Ad dashboard catches up so I can figure out what’s working and what’s not. Fingers crossed!

Last week, I commissioned a Content Edit of Golden City. This is a review of the story structure and content, not the details of grammar and word echoes etc (which is called a copy edit).

I’ve received a 3-page report, but still waiting for the hard-copy marked-up manuscript. I’m really happy with the suggestions I’ve received, but of course, I will need to go back and re-write chunks of the story. Sigh. But that’s the whole point of getting these professional opinions: to make the story the best it can possibly be.

Overall, he said: Good stuff. It cracks along at a good pace, and your first-draft writing has come a long way — but you know that. I had a wee chuckle at that, because, in my mind, it was the third draft I gave him.

Here’s the key things I need to change:

That’s the main Big Picture stuff. There are a bunch of others, as well as Medium and Small picture stuff, too. So, I reckon I’ll need at least another 4 weeks to work through that stuff (given that I only get about 4-8 hrs a week to devote to it, now that I’m back at work).

If you have any suggestions for me of what you’d like to see happen in this story, now’s your chance!